Kimono have become pretty trendy in today’s fashion, but they’re also well-known for being a part of traditional Japanese clothing. As style expands to be more inclusive of more styles from countries around the world, more people are becoming interested in the history of these different fashionable pieces.

While they’re certainly not considered typical Western fashion, kimono have even burst into the Occidental scene. Japanese Americans, for example, are now much more proud of their culture and are willing to wear these garments without fear of facing confusion or criticism from others. But where did the kimono start in Japanese history?

What Does “Kimono” Mean?

Kimono originally made reference to clothing in general, rather than a specific style of Japanese garment. But now the word is much more commonly used in reference to traditional Japanese clothing. This would include the one-piece dresses and robes, as well as the two-piece sets which included long skirts or pants.

But kimono have changed their style repeatedly throughout history, and the articles we see today are pretty different from the original iterations. How has this style of dress changed through its several hundred years of existence?

The Kimono in Ancient Times Through the Nara Period

The style of kimono we’re most familiar with comes from the Japanese Heian period, occurring from the late 700s to the late 1100s CE. But this article of clothing first came about in ancient times, and would stay similar to its initial iteration until the 700s during the Nara period.

It was quite common for everyone to wear the same few styles of the garment, including one- and two-piece iterations.

The Kimono in the Heian Period

The kimono style we’re more familiar with in the present day would appear during the Heian period. At this point, a new technique for crafting these garments was developed. The cuts were made mainly in straight lines, meaning that sewists of the time wouldn’t have to be worried about fitting the clothes to the body of future wearers.

These would also be worn throughout the year. During the cold winter, Japanese people would wear kimono in multiple layers for warmth. Additionally, kimono of lighter fabrics would be worn to keep cool in the summer. Therefore, kimono quickly became a part of everyday life for many Japanese people.

During the later parts of the Nara period, as well as the Heian period, clothing began to reflect the social statuses of Japanese citizens. In particular, the kimono started to vary in length depending on how much you needed to walk or use your hands.

Those in the nobility would wear kimono with longer sleeves, for example, in order to cover their hands. This was mainly because they didn’t require mobility or use of their hands, unlike those who were a part of the working class.

The common man would wear kimono that are much more like the modern kimono. This is because the sleeves were far less flowy, and the clothing was also cut to hang straight down on the wearer’s body.

To reflect the power and respect that warriors would eventually get, kimono styles also changed for them. In the Kamakura period, which lasted until the mid-1300s, warriors would run into the battlefield in much gaudier colors. This was done primarily to showcase their value as leaders, as well as to represent leaders who might not be in that particular battle.

The Kamakura period is also the time when both men and women would begin to wear brighter colors on a daily basis. This is potentially a sign of the country’s well-being during the time period, as they showed off bright colors as a sign of wealth.

The Kimono in Present-Day Japan

Japanese people today are much less likely to wear kimono on a regular basis. In fact, kimono are now mainly worn during formal and special events, while Western fashion has become more predominant and commonplace during everyday life.

Kimono have been reserved for occasions like wedding ceremonies, graduations, tea ceremonies, and funerals, as well as other special events. These special events might include the festivals that Japan holds throughout the year, including summer and autumn festivals.

The Kimono in International Fashion

Kimono, due to an increase in popularity in the Western world, have also been worn in places outside of Japan. A lot of this is done by non-Japanese people, but much of it is done by those who are descendants of Japanese families as well. As previously mentioned, Japanese-Americans will wear these to celebrate their graduations from high school or university.

And, as a part of the everyday fashion scene, more Western clothing companies are creating their own versions of the historical and traditional garment. That means that many people who wear them have no direct connection to Japanese culture. This aspect, in particular, has bothered some people, whereas many others have welcomed this acceptance of diversity. What do you think? 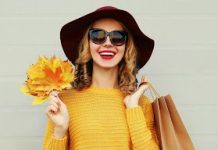 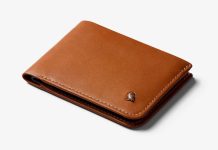 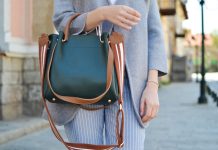 Here’s why your first luxury bag should be a Louis Vuitton Handbag!

How to convert your home style into a luxurious lifestyle?

Choose The Right Luxury Leather Wallet To Stand The Test of...

Hemp Flower for Sale: Getting the Best Deals

FASHION September 30, 2022
Fashiontipslive is you go-to page for the Beauty & Health-Monger. Also, stay updated with the latest beauty and fashion trends. Visit us at fashiontipslive to help us help you.
Contact us: fashiontipslive@gmail.com
© Fashion Tips Live