Living a healthy lifestyle has always been a high priority here at, and today’s hot topic is veganism and its benefits. Over the years, veganism has gone from the misconception of being bland and boring to becoming one of the most fashionable diets. Celebrities and social media personalities have contributed to its growing popularity, whether by swearing by its effects or advocating for animal welfare.

The best thing is that you can feel its benefits in just a few weeks. Here are six ways a vegan diet can improve your health in one month.

Any change in diet will affect your skin, but specifically cutting out meat products can be good news for getting rid of acne. Allure interviewed dermatologist Manjula Jegasothy , who shared her views on rising rates of hormonal acne. “Everything comes from the hormones that feed or inject the animals we eat,” said the expert. Non-organic meat can cause hormonal imbalances that trigger the oil glands in the face, which can lead to breakouts.

In the case of switching to a vegan diet, the body will go through a process of eliminating toxins. Clearer and more luminous skin can be expected, which is a huge plus.

The Huffington Post reported on a study showing that vegans have a lower BMI (body mass index) than meat eaters. Vegan meals are lower in calories and higher in fiber, which means that it can make a person feel full longer with smaller amounts of food. This is good news for anyone trying to lose a few pounds, especially to combat weight-related conditions like obesity.

Fiber is a key ingredient in most whole foods, but it is not found as much in meat. Keep in mind that vegan meals refer to whole foods like legumes, beans, and greens, and not processed foods like French fries!

Contrary to popular belief, vegan diets are not just about salads. In fact, vegan diets include a lot of experimentation in the kitchen. Homemade meals are also generally healthier than packaged foods.

Preparing your own food will make you aware of the ingredients you include, reminding you to choose healthier options all the time. This is an especially great skill when you want to make a quick and healthy vegan snack in the kitchen instead of ordering takeout.

Plant-based diets can prevent the likelihood of developing chronic diseases such as type 2 diabetes and the growth of tumors. Medical News Today explains that bioactive compounds found in plant-based diets can act against genetic factors linked to some chronic diseases. Antioxidants found in plant-based foods fight cells from free radicals, which are to blame for cell damage and inflammation.

A plant-based diet can reduce the risk of heart disease by preventing the build-up of plaque in the blood vessels. One of the most scrutinized people today, Meghan Markle, is convinced of this effect, as well as the other health benefits of vegan food. Markle eats vegan food on weekdays and shares that eating more plant-based foods keeps her fit and healthy. Sage advice of the soon to be royalty!

Meat is not necessary to complement an active lifestyle. Just take a look at former Dancing With the Stars contestant Derek Hough who switched to a vegan diet. The professional dancer was known for following a rigorous diet during her time on Dancing With the Stars , but noted that her recent experimentation with hot yoga and consuming a plant-based diet has enabled her to achieve more of her fitness goals. fitness.

This dispels the myth that plant-based diets are not for people who like to be constantly physically active. In fact, many elite athletes have adopted this diet, such as martial artist Mac Danzig and skier Heather Mills. In the end, a well-planned diet coupled with regular exercise remains the key to athletic success. 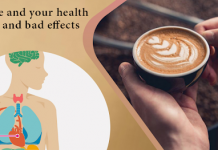 Coffee and your health – good and bad effects 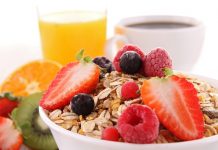 17 Best Healthy Breakfast Foods: To Eat In The Morning 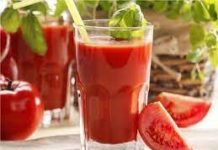 21 best benefits of tomato juice for skin, hair and health

Coffee and your health – good and bad effects

How to Tone your Face at Home with these 5 Easy...

12 Ways to Look Your Best on a Video Call

Tips on How to Buy your Wedding Gown as You Prepare...

BEAUTY September 25, 2021
Fashiontipslive is you go-to page for the Beauty & Health-Monger. Also, stay updated with the latest beauty and fashion trends. Visit us at fashiontipslive to help us help you.
Contact us: fashiontipslive@gmail.com
© Fashion Tips Live